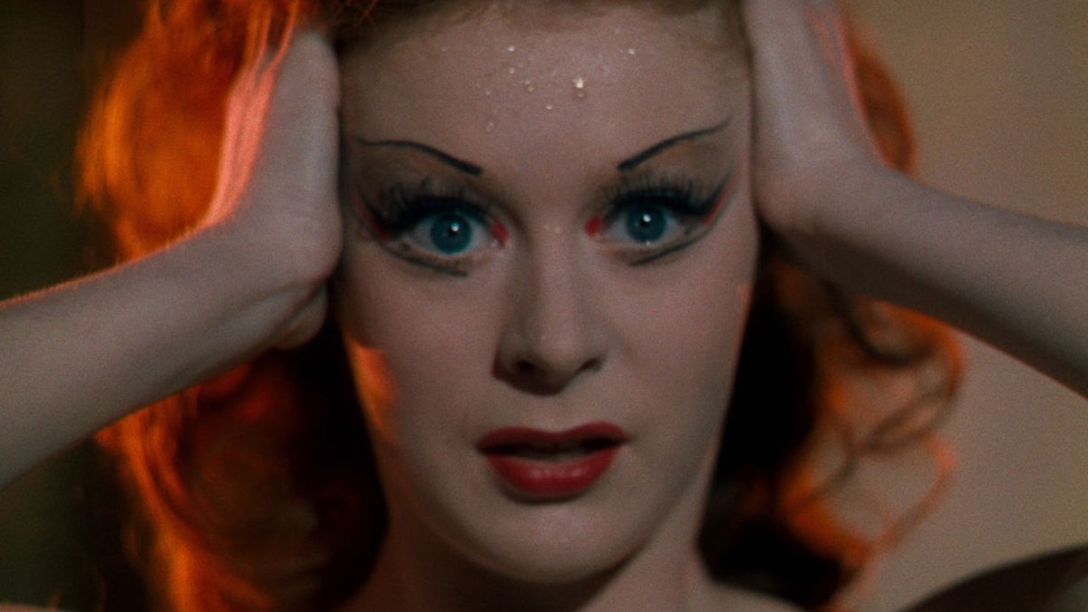 Martin Scorsese once called “The Red Shoes” — the 1948 British film ever so loosely based on the eponymous Hans Christian Anderson fairy tale — “the movie that plays in my heart.” He and editor extraordinaire Thelma Schoonmaker (Scorsese’s longtime collaborator and the widow of the film’s director) oversaw an extensive restoration of “The Red Shoes” throughout the 2000s, ultimately unveiling their work at the Cannes Film Festival before Criterion reissued it on Blu-ray. The result is a great service, both to the movie and to us. “The Red Shoes” is a ravishing film about the power of art and the pain of creating it: an enduring classic whose wisdom and grace has only deepened with age.

The film was directed by Michael Powell, written by Emeric Pressburger and produced by them both, although the two preferred to be credited as “The Archers” for all three. The Archers collaborated 20 times from 1939 to 1972. “The Red Shoes” came not only at the end of the Second World War but after a legendary run for the duo: “The Life and Death of Colonel Blimp,” “A Canterbury Tale,” “I Know Where I’m Going,” “Stairway to Heaven” and “Black Narcissus,” all one year after the other. It was originally conceived by Powell and producer Alexander Korda in the ‘30s, only to be scrapped; Powell and Pressburger would return to the project in 1946, inspired by the bloodshed of the War. According to Powell, the movie is about “dying for art: that art is worth dying for.”

The film is about a ballerina named Vicky Page. She is played by Moira Shearer, a ballerina herself in a cast overwhelmingly composed of dancers. Despite “The Red Shoes” being her first acting role, Shearer is a natural. Her fiery red hair pops off the screen like the titular scarlet slippers, but Shearer is more than a visual cue. She’s an emotional powerhouse: an expressive actress who is somehow both understated and explosive, holding her own alongside the professionals. Vicky is an artist dedicated to her craft; when the director of the ballet company, Boris Lermontov (Anton Walbrook), asks her pointedly, “Why do you want to dance?”, she gives it a thought and replies, “Why do you want to live?”

By comparison, Lermontov is cold and calculated, domineering but distant, and he serves in many ways as a foil to Vicky, whose passion for dance all but consumes her. While touring with the company in Monte Carlo, Lermontov announces his intentions to adapt “The Red Shoes” into his next ballet; moreover, his intentions to cast Vicky in the starring role. The ballet becomes the centerpiece of the film and a powerful metaphor for artistic obsession. After all, “The Red Shoes” is about a maiden whose enchanted red slippers dance her to death.

While all this is happening, we meet Julian Craster (Marius Goring), a genius young composer tasked by Lermontov with penning his ballet’s music. Much like Vicky, Julian is completely absorbed in his art; is it merely a coincidence that he, too, has fiery red hair? Maybe it’s coincidence, or maybe it’s a sign. As the company continues its tour, Vicky and Julian fall in love, but Lermontov is livid. “You cannot have it both ways,” he states. “A dancer who relies upon the doubtful comforts of human love can never be a great dancer. Never.” So Vicky must choose: her lover, or her art?

I will refrain from revealing her decision, but know that it is shocking and brilliant, much like the film she’s a part of and the ballet that’s within it. Apparently said ballet — a 15-minute, impressionistic dance sequence halfway through the film — caused a fair share of controversy when “The Red Shoes” was released because dancers deemed it “unrealistic.” But to think for a second that “The Red Shoes” is going for realism is to miss the point entirely.

That famous dance sequence is famous in the first place because it foregoes realism. As Vicky pirouettes across the stage, we break from reality and descend into her subconscious. Her dance partners morph into Julian, into Lermontov, into a floating man made of newspapers and back again; the lights fester and fade with the musical accompaniment; and the sets grow so large that they all but envelop her. Perhaps it fails to capture what it’s like to watch ballet, but never has a film better captured what it must feel like to perform one. At what point do you stop thinking of hitting your marks and just surrender yourself to the dance? If “The Red Shoes” draws a line, it’s a hard one to distinguish.

Since I’ve mentioned Scorsese already, I’ll mention him again: he once called “The Red Shoes” the most beautiful color film ever made, but even that might be an understatement. Cinematographer Jack Cardiff, who had worked with The Archers on their previous two films and would later shoot “The African Queen” for John Huston, was one of the early pioneers of Technicolor; “The Red Shoes” was his masterpiece. The visuals are rich and romantic in the way only Technicolor can be, but beyond just his palette Cardiff makes use of every toy in his toolbox. He draws considerably from the silent era in framing the ballet sequence, but later in the film marches boldly into the future: if you’ve seen “Black Swan” — the way Matthew Libatique spun his camera to imitate dancing — then you’ll find a lot of “The Red Shoes” familiar. The score is also superb, so good that Brian Easdale became the first British composer to win an Academy Award. Coupled with the choreography of Robert Helpmann and Léonide Massine (who also appear as actors), “The Ballet of the Red Shoes,” as it’s called, becomes worthy of an actual performance.

But “The Red Shoes” isn’t just a pretty face. At its core is a question every artist can relate to: how much is too much? What are you willing to sacrifice for success? For perfection? As Powell put it, is art worth dying for? While the film is about a dancer, it’s easy to substitute ballet for any kind of artistic expression, especially film. Scorsese saw a lot of himself in “The Red Shoes,” as did Powell before him. In fact, the film was inspired by a real-life story, that of Russian ballet dancer Vaslav Nijinsky, who in 1913 married a Hunagarian aristocrat and was dismissed from the Ballet Russes by its impresario, Sergei Diaghilev.

Lermontov, however, isn’t quite a perfect stand-in for Diaghilev. The film is ambiguous about why the director is so unforgiving towards romance: when the company’s choreographer tells him, “You cannot alter human nature,” he responds with, “No? I think you can do even better. You can ignore it!” Some viewers suspect that Lermontov was given a similar ultimatum as a young professional; his attitude as an adult is merely a means of rationalizing the sacrifice he made long ago. But other viewers see in Lermontov the reflection of the actor himself, Anton Walbrook. A gay man, Walbrook was forced to flee from his homeland of Austria in 1936 for fear of persecution from the Nazis. So perhaps Lermontov denies love for his dancers because society denies love for himself.

But Lermontov is only one of the many mysteries of “The Red Shoes.” The ballet itself is dripping in symbolism, while the ending is sure to stun you into silence. In hopes that you’ll have something left to digest for yourself — that you might be enticed to watch the film if you haven’t — I will end the essay here. “The Red Shoes” is a triumph: a musical masterpiece whose spirit lives on in everything from Gene Kelly’s “An American in Paris” to Damien Chazelle’s “La La Land.” It is a movie that beats with the heart of an artist, made by two of film’s finest. 10/10